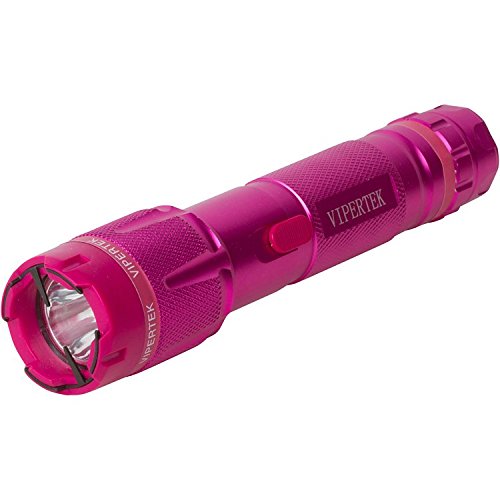 So, today I’m going to talk about some of the best cool self-defense stun guns for women. These are amazing safety gadgets for non-techie women protection used to zap intruders… it is arguably one of the best non-lethal defense products on the market for women. So you don’t have to be afraid anymore when you are walking on a lonely path.

If you don’t know, a stun gun is a high voltage non-lethal self-defense device that comes in different sizes and shapes.

These home security devices use high voltage and low amperage to painfully affecting your attacker’s muscular and neural systems.

Although some others have mentioned and reviewed, my best pick and recommended stun gun for women’s safety is the VIPERTEK VTS-T03 – Aluminum Series 59 Billion Heavy Duty Stun Gun – Rechargeable LED Tactical Flashlight, Pink and Smart Cell Phone STUN Gun with Flashlight and Loud Alarm. While one is a little bulkier, the other is as light as your cell phone.

However, before you decide which stun gun to go with, I want to tell you a list of what you should look for in a stun gun before buying. 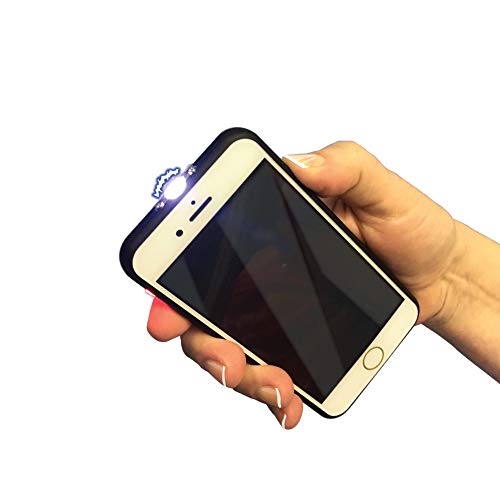 Don’t be confused by tasers and stun guns…

they are the same thing, except that while tasers can reach an attacker from some distance, stun guns require more direct contact with the attacker.

Using a stun gun for self-defense will take down your attacker quickly and efficiently with less stress. Nothing brings an attacker down more.

Although stun guns don’t have long-range capabilities, stun batons offer a way to expand your security devices with a longer range if you’re interested in a direct contact stun gun.

These are the important things to look out for when buying your stun gun. This will further make your selection easier and more fun.

This section will show you the best cool stun guns for self-defense that are good for you. With these, you can always defend yourself and scare the thug! 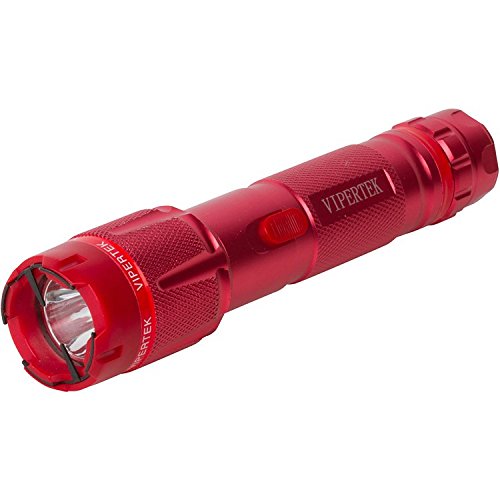 This pink little beast is, without a doubt, my stun gun of choice for self-defense. Disguised at night as a tactical LED flashlight, no one will suspect it’s a weapon.

But for a 53 billion volt safety device, it’s capable of sending your attacker to the ground in a split second.

Not to mention the fact that it comes with a charged battery that lasts a long time and has a lifetime warranty.

Need I say that it is a portable and safe stun gun for women to carry around? 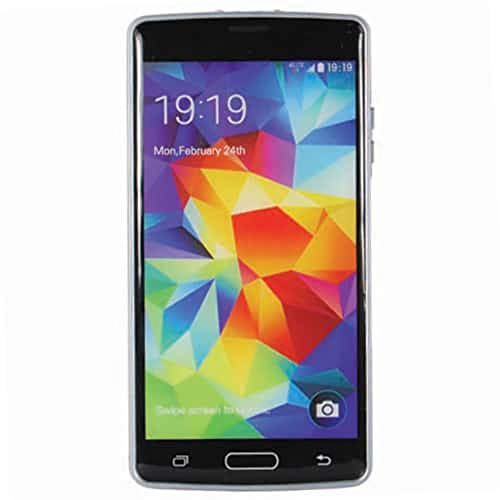 Are you surprised? Don’t worry, this not actually a cell phone per se, but it’s a cell phone-like stun gun. Equipped with 12 million volts, this security device is strong enough to zap out any attacker.

One of the unique features of this safety device is that it looks like your typical android phone… only that this time, it protects you rather than makes calls for you. The attacker won’t recognize what hit him. 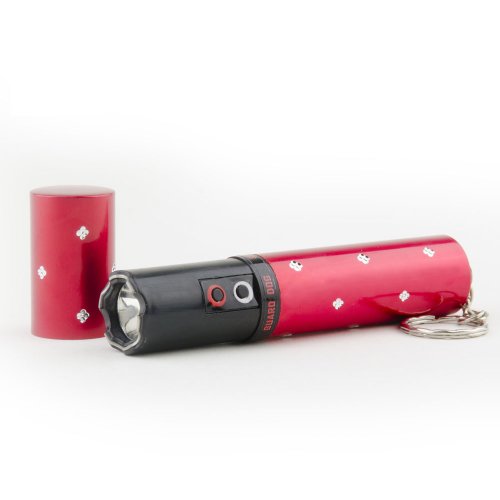 I’m almost positive you’re going to love this one because it’s arguably the best lipstick stun gun for women. A lipstick-like stun gun for maximally protective women… this safety device doesn’t take an inch away from fashion or beauty.

An attacker won’t have the slightest clue what’s coming until you unleash that force but a tiny piece of a stun gun on them.

Esthetically equipped with a powerful 100-lumen flashlight that can be seen from a distance, this lipstick stun gun for women serves as an ideal flashlight and a self-defense weapon for women.

One of the joys of this self-defense tool is that it is portable and fits into a key holder, so you have quick access in times of danger.

And guess what? It’s rechargeable. 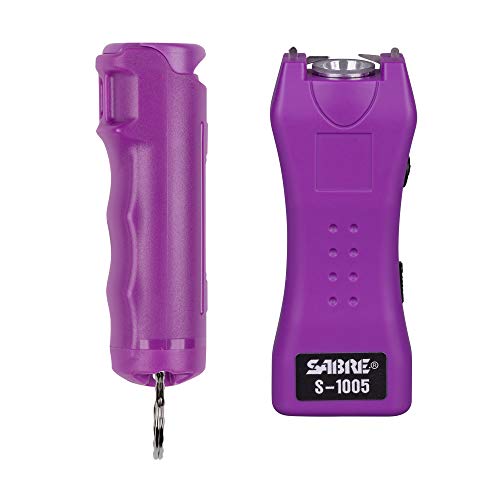 This is another reliable stun gun for women, armed with a super LED flashlight capable of disorienting your attacker from a distance. Unfortunately, this safety tool has the ability to cause great pain when it comes to contact with your attacker.

This stun gun delivers a 1,600 µC charge that will make your intruder curse the day he was born. It comes with a rugged and reliable belt holster for quick deployment.

It also has its own safety switch to prevent accidental discharge and a battery with a built-in plug.

How to charge a Stun gun

For your self-defense to be in perfect shape, you need to make sure it’s charged. Charging a stun gun is as easy as charging your phone.

Plug the charging cord into a power supply and then plug it into the designated spot on the stun gun, make sure it shows charging, and you’re ready to go.

You can do this with the charger with the particular stun gun or purchase a universal stun gun charger.

How to use self-defense stun guns for your safety

When used properly, stun guns and tasers are very effective self-defense weapons. They can disorient your attacker in seconds.
These are simple ways you can use stun guns for self-defense.

What is the required voltage for a stun gun?

Many stun gun manufacturers boast of producing stun guns with millions and billions of volts, which we cannot verify at this time. Nevertheless, the required voltage of a stun gun to work better is between 10 million volts upwards.

Until then, it causes extreme pain and shock to your attacker. Then, you’re good to go.

Stun guns are not meant to kill. Instead, stun guns are used to destabilize your attacker, causing them to go into electric shock for a few minutes, giving you the time you need to make your escape quickly.

However, a stun gun can kill if:

But none of these should be really of your concerns if you’re about to get violated, right?

Finally, one of the best parts of stun guns is that you have your self-defense right in your pocket. If you want to use your self-defense weapons extremely discreetly, I recommend the cell phone stun gun or the lipstick stun gun.

Finally, one of the best parts of stun guns is that it makes you get your self-defense right inside your bag. If you want to get extremely discrete about your self-defense weapons, I recommend the cell phone stun gun or the lipstick stun gun.

If you want something more daring and practical, especially at night, the VIPERTEK VTS-T03 is very effective, and the Smart Cell Phone STUN Gun with Flashlight and Loud Alarm very discrete and compelling.

While one is a little bulkier, the other is as light as your cell phone.