Apple HomeKit is software for iOS/iPadOS that allows you to control and configure all the smart home accessories in your home. You can connect your devices through the Apple devices and change their settings.

Apple HomeKit configuration is a highly demanded feature among smart DIY enthusiasts. It allows them to connect all smart devices in one place, as a universal hub, and control them.

So you can access all the features of all your smart devices from all different brands and vendors of your phone from anywhere in the world. Isn’t that exciting!

Plus, all the data on Apple Homekit is end-to-end encrypted and synced to your devices via your iCloud account.

Let’s find out how you can connect Eufy’s doorbell with HomeKit and offer some alternatives at the end.

Loyal customers of Eufy have been urging the company to introduce HomeKit support on its devices, as we noticed on popular forums like Reddit and Eufy’s community forums – so you are not the only one.

Eufy stated it is in talks with Apple to integrate the video doorbell with Apple’s HomeKit, but sadly, it has not happened.

There are specific hardware requirements for Apple’s HomeKit, and Eufy is investigating them. Eufy will provide HomeKit support and HomeKit secure video for their smart video doorbell. However, the firmware has still not gone through Apple’s certification.

Eufy started the HomeKit on Eufy indoor 2K cameras, and many other devices already have HomeKit support.

So we are optimistic that they might soon begin beta testing on their video doorbells.

Now, I will address a frequently held misconception about Apple HomeKit integration on Eufy video doorbells. While online retailers such as Costco and Amazon may advertise that the EUFY video doorbells support HomeKit, this is not the case.

Therefore, keep an eye out for this. We understand that words like “Eufy HomeBase” and “Apple HomeKit” can be confusing for users – and retailers themselves! Therefore, be wary of this incorrect advertising!

However, there is an easy and smooth workaround and solution to get your Eufy Video Doorbell to work nicely with Apple’s Homekit, which is called HOOBS With Homebridge.

A quick reminder of what is what:

Adding Eufy Doorbell To HomeKit Through HOOBS With Homebridge

Eufy aside, not many other companies support HomeKit – or that make it through the Apple certification process.

This is where HomeBridge comes in. It’s a tool that allows developers to create various plugins that integrate devices into HomeKit.

HomeBridge’s tagline is then also:

HomeKit support for the impatient.

Homebridge creates an ecosystem of devices to unite all the smart devices in your home in one place. It’s open-source, and anyone can access it. And since it’s publicly available, there are not any major security risks when using the plugins.

Still, it’s advisable to be vigilant online and stick to the more well-known names in the industry.

Homebridge is basically a hack that allows you to connect your devices to Apple HomeKit that otherwise do not.

However, the installation can be daunting for people without technical knowledge. By default, it requires a custom installation and JSON configuration, which is not everyone’s cup of tea.

And you need a Raspberry Pi, Macintosh, or another device to install it.

Welcome to HOOBS, or “Homebridge in a box.” It’s a physical hardware device with the Homebridge software pre-installed, and everything is ready to go and “plug and play.” It is not affiliated with Apple and has a thriving ecosystem of over 2000 plugins!

HOOBS is a reputable product that works smoothly, with a very active Reddit community with over 6000 users.

Many people have been waiting to get HomeKit on Eufy to access iOS and Apple TV features, and now they can do that with HOOBS the all in One Box!

Once you have the HOOBS, the only steps are required to set up your video camera with it: 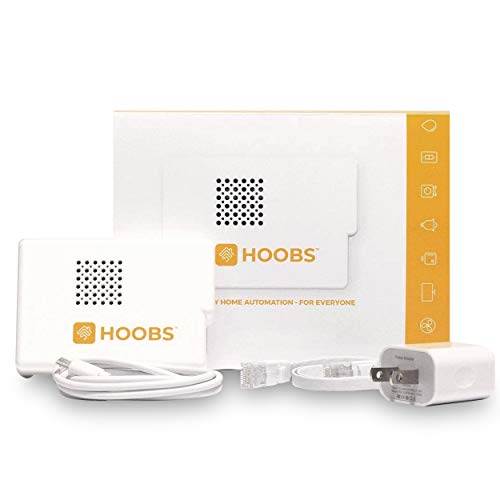 Grab the latest version of the Homebridge-Eufy plugin and install it. Enter your guest account credentials when prompted and log in.

Go to the details of the plugin and scroll down to the configuration section. You can tweak the code according to you if you are familiar with it. However, the default configuration is good enough if you are a beginner.

Step 4- Voila! Like magic, suddenly, your video doorbell is added!

It will appear in the Apple Home app as a new device with all the functions.

Features In HomeKit Compatible Devices At A Glance

When you install a plugin on HOOBS, there is a “details” option where the development details are. It also shows the features accessible on HomeKit.

These are the functions and attributes you have now with Homekit enabled for your doorbell:

If you are looking for products that work with Homekit, the answers to the following questions will help.

The biggest main advantage is you have one central app, “Home,” on your iPhone/iPad to control all your smart devices in one place. And you can watch all your cameras on your Macs, Apple Watches, iPhones, and Ipads seamlessly.

Apple’s storage facilities are also world-renown for being super secure.

Another advantage of the integration with Apple’s Homekit, your Eufy video doorbell can now store all its videos securely on your iCloud, which has a much higher limit if you buy into the 2 terabyte plan.

Also, Apple’s Geofencing is more accurate and better than the native one in the Eufy Security app.

Are there other doorbells that work with Apple HomeKit?

There are only a handful of smart Homekit compatible doorbells out there. Apple HomeKit has specific firmware and security requirements, which take time for developers to integrate into devices.

And everything has to go through Apple, which is time-consuming.

Some good options for doorbells with native HomeKit support to consider are:

Do Other Eufy Products Work With HomeKit?

Yes, several indoor and outdoor security cameras have HomeKit compatibility. You can go to the HomeKit setup/portal option in your settings in your Eufy App to get it up and run.

We cannot say for sure when EUFY will announce the HomeKit support on its security video doorbells, but the company has a good record and is known to make good on its promises.

Rest assured, users can expect the HomeKit integration shortly. Till then, you can use Homebridge to use non-HomeKit devices in HomeKit! It will enable you to access the advanced features of doorbells on iOS and Apple TV.