It is common knowledge that a video doorbell must be connected to the Internet to provide a live video feed and record it in the cloud.

Most Eufy cameras do not connect directly to Wi-Fi but use the Homebase device as router, with your Eufy video doorbell.

This sets up another network using your current Wi-Fi, so you cannot buy a new Wi-Fi extender.

However, you will not be able to make a standalone connection to your current Wi-Fi with 3 out of the 4 Eufy Video doorbells, and one works without Homebase.

The Homebase device can be essential for your Eufy video doorbell.

This article will look at the different Homebase devices, their differences, and similarities, and answer any other questions regarding the connection between your Eufy doorbell and Homebase.

Do All Eufy Doorbells Require Homebase?

Eufy has several different models in the security video camera doorbell category, almost all of which require a Homebase or Homebase 2 for the camera to work.

The Homebase (1) is considered to be the “older” version but certainly has some real advantages too.

The Homebase connects to the Internet via a direct connection to your Wi-Fi router using an Ethernet cable.  The Homebase also stores the original videos, so the recordings will not be lost even if the camera is damaged.

Currently, 3 out of the 4 Eufy Video Doorbells require (it’s not optional!) a Homebase:

The only Eufy camera that does not require a home base is the wired eufy Security, Wi-Fi Video Doorbell, 2K resolution. 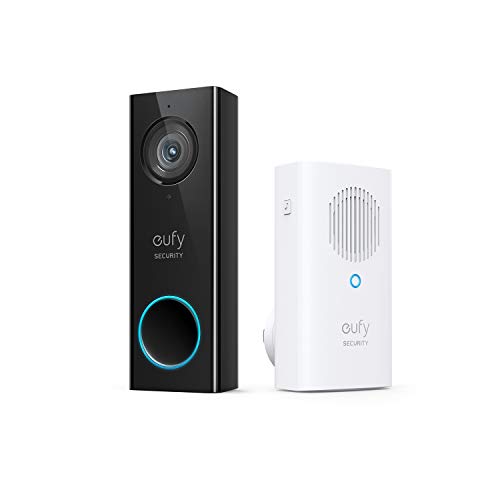 If setting up a Homebase, though fairly effortless, is something you do not want to go through and rely on – and you want a continuous recording, then this wired model is a good option.

Here are some of its features:

Differences And Similarities Between Eufy Homebase And HomeBase 2

Eufy has launched not one but two Homebase devices. Except for one, every Eufy video doorbell requires either Homebase or Homebase 2. With the HomeBase 2 being the newer and improved version, you might appreciate certain things about the Homebase (1).

They are different generations of base stations with unique features. Though older doesn’t necessarily mean that it’s not as good.

The main differences between the two are as follows:

Also, the Homebase 2 has a USB port on the back that you can use to charge devices like Eufy cameras or battery doorbells. However, you can not use it as a hard drive or connect an external drive.

Eufy has promised users that the USB slot in Homebase 2 will support USB storage in the future and is actively working on new technology that will make this possible.

The two base stations also have many similar features:

This article has covered basically all the information you need to know about Eufy Homebase for the Eufy video doorbells. However, if you still have questions, then read on.

1. Is a Homebase required for the Eufy Video Doorbell?

Yes, it is required for all Eufy cameras on the market except the 2K Wired Video Doorbell.

The Homebase is an additional product. If you buy a Eufy camera second-hand, you may not get a Homebase device included (while you might need one, see chart above).

If you buy an additional video doorbell to your existing setup, another Homebase is not included nor required. One Homebase can power multiple Eufy Video Doorbells…

and can still be bought separately.

2. Can you use more than one Eufy Homebase?

Absolutely. If you live in a multi-story home and need to cover a larger area, you will need to install more than one Homebase. Having two Homebase units has two main advantages:

3. How do I connect the Eufy video doorbell with Homebase?

To connect the video doorbell with Homebase, press the SYNC button on the video camera for about 2 seconds until you hear a beep. The beep indicates that the camera is connected to Homebase via sound.

If this does not work, begin troubleshooting. First, verify:

To sum up, most Eufy video doorbells cannot work without Homebase.

The Homebase connects the devices to the Internet and provides cloud storage for your security video cameras.  As explained earlier, only 1 Eufy doorbell works without Homebase, which is the 2K Wired Video Doorbell.

We hope this article will answer your questions regarding the connection between the Eufy video doorbell and the Homebase device!