The answer: Eufy cameras are made in China (Changsha, Hunan) and are a sub-brand of the more well-known brand Anker Innovations.

Many people are concerned about products made in china, but should not be. China is now the 2nd largest economy globally and a massive exporter of goods. China is also a country where innovation is as great a factor as desire.

Almost all American companies outsource manufacturing to China, such as Apple, Google, Amazon, and Facebook.

With Eufy products being made in China, how can I know my data and video feeds are safe?

Eufy has the default option of saving your video feeds and images to local SD Cards (that remain inside the eufy camera or video doorbell), and it uses the Eufy Base Station, which is a local hard drive at your home. So nothing gets pushed out of your local network. They offer cloud storage, too but are not pushing it.

However, if this is a concern, you should also know that most of your Apple, Android and Samsung gadgets also contain chips made in China.

Not only that, think of the electronica that’s in any American or German car: they all contain Chinese components.

Their official reply to this is:

The eufy Security servers are hosted on (Amazon) AWS in the US, Singapore and Germany.
Users’ data remains on the device local storage. The eufy Security devices encrypt and stream data directly to your phones.

Can my Eufy camera or video doorbell be hacked?

Not more than from any other brand. Read our best practices about just securing your home security setup.

If you have concerns, it’s an essential read. Eufy security cameras and their video clips use military-grade encryption: AES-128 data encryption, more precisely, and ensures that your footage is kept private on transmission and storage.

A key advantage of Eufy’s local storage is that all AI analysis is performed locally by the camera/video doorbell/Homebase, which ensures data protection and is usually much faster than cloud-based analysis.

A bit of background on Eufy Security and Anker Innovations

All origins and where the Eufy products are being made, thus go back to Anker Innovations (formerly known as Oceanwing) itself, and thus China. However, the company was founded in Changsha, Hunan, China.

Steven Yang founded Anker in 2011. Who studied at the University of Texas in Austin was a Senior Software Engineer for Google.com for 5 years, from 2006 until 2011, and worked at Mountain View, California, at Google’s headquarters.

Yang called the company “Anker,” inspired by the German word for a ship anchor. And its motto is “Smart Home Simplified”.

While their competitors push you into subscription-based formulas, its affordability, and inventions to various new markets, including smart homes.

As a result, it was one of Amazon’s first native brands, and it reached over $1 billion in sales in 2021.

Steven Yang’s goal was to produce a range of affordable accessories better than what you can buy from Apple, Samsung, and other big brands – and it worked.

The main accomplishment was that while all brands (Apple, Samsung, …) were producing smaller and smaller phones, their battery time was weaker and weaker.

Yang saw the problem and started making accessories for that, their goal: to make the smartest chargers available.

Since then, Anker has extended to additional marketplaces and formed partnerships with offline retailers like Best Buy, Walmart, and Apple. However, Amazon was the company’s first customer, and it continues to be the essential source of revenue.

To have focus, it split it up into 5 different brands:

Anker Innovations state that 47% of its employees work in research and development (R&D) – which is a lot more than the normal average – and that the company has about 1500 patents as of this writing,  6 Jan 2022.

A few highlights of their quick success story are:

Browse around for their quality products! 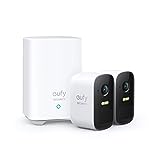 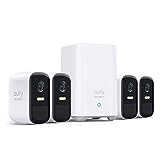 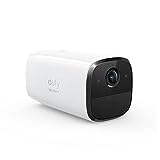 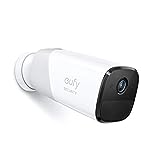