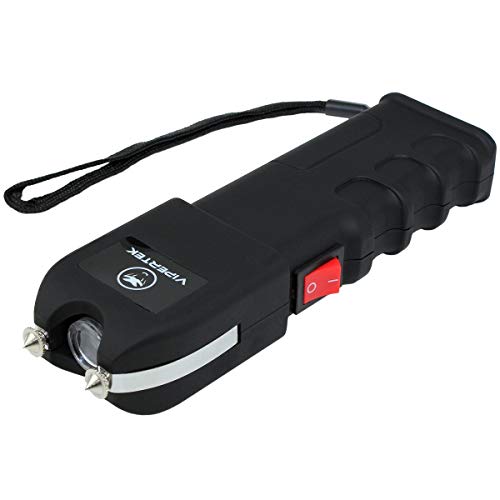 Over the years, self-defense has proven to be one of the best methods to saving your life. But, unfortunately, not everyone is physically capable of defending themselves in times of danger or emergency and on their own. This is why there are self-defense tools like tasers and stun guns, specifically for women and men.

A taser is a weapon that emits an electrical current to incapacitate its target temporarily. This is done by firing two small probes that protrude from the weapon and connect to the target through the skin.

The Taser has a range of up to 35 feet, and the target is incapacitated for several seconds, giving you time to flee or call the police. Although disorientation and muscle contraction are the primary effects, the Taser can also cause burns if you contact it directly.

Many people ask me, “How long does it take to recover from a stun?” While most people recover quickly, others have permanent damage. If they are tased more than once, they may have more problems.

Most people who have been tased recover quickly once the effects of the wear off. They may feel weak, dizzy, nauseous, or have muscle pain, but these feelings disappear within a few hours.

There is no permanent damage or after-effects from anesthesia being tasered. A person who has been tased takes about 5 seconds to fall to the floor and 15 minutes to recover from the effects of a taser. For your safety, this is the best time to run or call 911.

The use of stun guns, also known as tasers, is one of the best safety and self-defense measures available in the world.

This safety gadget has the ability to incapacitate your attacker and render them useless for a while. However, how long a tased person takes to recover is really important, so you know when and how to call for help.

So after learning how long the effects of a taser last, you should also know a little bit about how the device works.

What is a TASER, and how does it work? 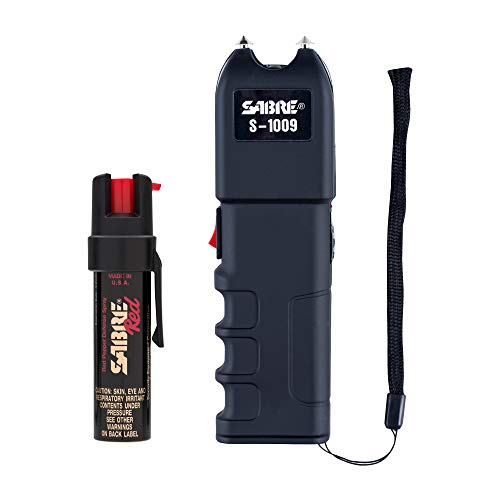 A taser is a portable security device typically used by police to stun uncooperative suspects. However, private citizens have recently used it, especially women, for protection and self-defense purposes.

When fired, a Taser sends electrical shocks to the victim to incapacitate them. Likewise, a battery-powered security device delivers a quick, short, low-energy electrical pulse to an attacker or suspects, as police officers do, temporarily incapacitating them.

How does it work?

Tasers are designed to deliver an electrical charge to your body that disrupts your peripheral nervous system, causing involuntary muscle twitches and temporarily immobilizing you. This means you cannot move for a period of time.

These devices come in various forms, such as a short gun, lipstick, a pen, etc.

It can fire 19 short electrical pulses per second over 5 seconds, with an average current of 2 milliamps when you pull the trigger like a gun.

The way it works is that you press the taser against a person, pull the trigger (in the case of a stun gun), and delivers a powerful shock to that person.

Some of these tasers are powered by two 3-volt lithium batteries. This security device shoots out two probes at the end of skinny wires that conduct the electrical charge when fired in probe mode.

Unfortunately, this generated electric current can incapacitate, cause skeletal muscles to twitch, and freeze.

Difference between Tasers and Stun guns and which one you should use for self-defense.

Tasers can shoot you from a distance of 15 to 20 feet away, and the electric current will completely immobilize your attacker while also causing incredible pain to him, giving you ample time to run for safety.

While stun guns require a little more direct contact with your attacker, stun guns require you to press the prongs firmly against the attacker; the current will pass through the clothing into the muscles and incapacitate him.

In the case of a taser, your attacker will continue to feel extreme pain while the taser’s nodes are still connected to his body. He will stop feeling pain as soon as the connection is severed, although he may remain on the ground for several seconds.

Portability and ease of use

Stun guns are the best portable self-defense weapons you can carry around. Some can be as portable as a cell phone or any lipstick, while tasers are a little bulky and ugly.

Also, with a stun gun, your attacker may not realize it is a dangerous weapon, unlike a taser. 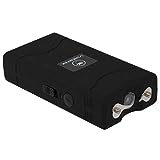 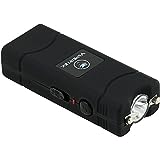 However, if you want to go for the ultimate and can afford this, this is the nr.1 product:

With the Taser Pulse + Self-Defense Tool with Noonlight Integration, you’ll have the best self-defense tool for beginners on your hands. It includes the TASER Pulse+, replaceable cartridges, easily replaceable CR123A batteries, and a conductive target, all of which can be purchased separately.

In addition, the Pulse+ is equipped with a high-intensity flashlight and an aiming laser built-in. A free trial of Noonlight is included with this device.

Noonlight is a security platform that wirelessly connects your Pulse+ device to your phone and immediately dispatches law enforcement to the user’s location when the user pulls the trigger.

How legal are stun guns and tasers?

In most states and countries, it is illegal for civilians to possess a stun gun or taser. So you, too, should check to see if your state or country allows civilian use of stun guns before making a purchase. The legality of these safety tools is essential.

For example, if you live in Massachusetts, Hawaii, and Rhode Island, it is illegal to own taser guns as a civilian. Other states also have restrictions and strict guidelines if you must own one. So always make sure you do your research before you buy.

Cities like Hawaii, Rhode Island, Michigan, and the District of Columbia also ban tasers by civilians.

You should check if this restriction has been relaxed.

How to Use stun guns and Tasers Device for Self Defense

Familiarize with your self-defense tool

Once you receive your stun gun or taser, please familiarize yourself with how the devices work by reading the instructions and manuals that came with them. This will give you the rest of the information you need to use a stun gun or taser effectively.

It is also important that you learn how to aim and pull the trigger of your taser or stun gun.

Aim for the front or lower torso

To incapacitate your attacker, it is ideal to aim your self-defense weapon at the front and lower torso, as this will make it very difficult for your opponent to get up, and your goal is to get him on the ground have time to get away.

It would be best never to target the neck, face, hands, feet, groin, and spine as this can cause permanent damage or even death.

What are the side effects of being tasered?

The idea of using stun guns or tasers as a self-defense measure is to temporarily incapacitate your attacker to buy him some time to escape.

But, just like pepper spray, those few seconds in which your attacker is rendered harmless are truly vital.

Now let’s take a look at the side effects of a taser.

How painful is being tasered?

Tasers are extremely painful. A high voltage taser with over 1 million volts can incapacitate and repel any attacker with a single shot.

Once the Taser’s electrified arrows have struck you, you will feel a shooting pain up your back, with a jerking sensation that shakes your entire body, causing you to shake and quiver uncontrollably.

Those who have experienced being tased by police officers admitted that they felt excruciating pain. The pain is indescribable, they say.

The truth is that being tased hurts more than anything that has ever hurt; I mean anything you can imagine. But anyway, the pain was gone as soon as the 5-second window.

When to use tasers?

So far, the use of tasers has been reserved for the police. Currently, ladies are allowed to own one for security purposes.

This could come in handy when facing physical attacks from arm robbers, rapists, and thugs.

For example, the US and Canadian police use Tasers to destabilize people who resist arrest or become violent.

Second, Tasers are used to incapacitate a drug addict who becomes violent. This makes it easier to take them to hospitals and correctional facilities.

Can you go to jail for tasing someone?

Indiscriminate use of tasers can land you in jail. There’s no excuse for that. The only way you can’t be convicted is if you acted in self-defense. If your life and property are threatened, you can defend yourself against your attackers.

Just like pepper spray, this allows you to flee and get help. Tasers can only be used to incapacitate an attacker or defender, not to kill the person.

Finally, it would be best if you practiced how to use your self-defense stun guns and tasers. Learning how to do self-defense like a pro will help your life free from fear and attackers. Live fearlessly.

These safety devices, when used properly, will give you enough time to get away from your attackers. Choose the device that feels most comfortable to you, and note that it can protect you from attackers.